Investment, innovation and education as drivers for a more competitive Europe

There are – of course – hundreds of different takes on the challenges we have to face due to the ongoing globalized competition. One way of answering was the EFSI. I was shadowing EFSI I and EFSI II and I’m now also shadowing InvestEU. This has forced me to try to think in slightly broader terms than we usually do in the Parliament, where different aspects of a single issue are divided according to formal rules of competence and the committee where some of the aspects of the issue is discussed and voted.

After some hesitation I have chosen one key word to describe the multitude of challenges we face: modernization. At the same time, I of course have to flag that modernization is not a universally accepted approach and different theories about modernization are looking for answers all over the place.

Therefore, I divide modernization in to three distinctly different waves.

The first starts during the end of the 19th century. If you need a slightly ironic year, 1887 could be fine. That is the year when the British “Merchandise Marks Act” entered into force forcing German producers to mark their second-rate products with the warning label “Made in Germany”.

This is the beginning of the so called “long 20th century” and you could for good reasons argue that this First Wave of Modernization ends in the chaos of WWII. This definition points to a number of different fields of human activity where Joseph Schumpeter’s Creative Destruction becomes concrete. This creative destruction is not in this sense just something functioning in the spheres of economy. You could actually use literature to explore this destruction going through Marcel Proust’s “À la recherche du temps perdu”, or Robert Musil’s “Der Mann ohne Eigenschaften”, or James Joyce’s “Ulysseus”, or Virginia Woolf’s “Mrs Dalloway”. Being in Vienna, I think it would show some taste to add Fritz Werfel to the list for his “Vierzig Tage des Musa Dagh”.

Why this literary introduction? It is not just that I am the son of a poet and a literary critic. I am very much afraid that we in politics almost by default take very narrow and narrow-minded approaches to the challenges of our times. And it is not just politicians who take a narrow approach. It goes for economists as well.

The failure of the first wave is leading up to the climactic disaster. That is probably was Karl Polanyi is trying to get across to us in The Great Transformation.

The second wave starts after WWII.

I won’t go into the details of the second wave of modernization. There is actually a very good description of the second wave of modernization in Gabriele Metzler’s “Konzeptionen politischen Handels von Adenauer bis Brandt”. If you need some literary hints I could try by starting with Norman Mailer’s The Naked and the Dead, continuing with Aleksandr Solschenizyn’s A Day in the Life of Ivan Denisovich, “Один день Ивана Денисовича”, go on with Truman Capote’s In Cold Blood, Milan Kundera’s The Unbearable Lightness of Being, Salman Rushdie’s The Satanic Verses and Margaret Atwood’s The Handmaid’s Tale.

The second wave is characterized by the following:

And then it was hit by the third wave! In which way?

This is the setting when we speak of investments, innovations and education. From this setting some slightly provocative statements – hopefully forcing all of you to for a moment doubt the views you hold.

I think I have at least one shelf-meter of euro-critic books. But the more I read the less convinced I get that they are right. Why? Well, if the same scholars had written as critically about national currencies, the discussion would not be as skewed. Fact is that the underlying value of any currency is defined by the productivity of the area. The reverse story can be read in the development of the pound, creating in the late 50’ies and the 60’ies increasing challenges for the British economy.

There is no alternative to becoming more productive, but if you take a look at the report “Economic Challenges of Lagging Regions” you’ll see that we have regions all over Europe not able to really compete in a global and highly technological world.

We comfort each other by saying that convergence works, but in the real world we see growing gaps of education, of innovation and of investments. It’s not rocket-science to say that we are going to face increasing challenges if we do not take this challenge seriously.

We are just now in the process of scrutinizing the MFF. In the BUDG-committee I am the rapporteur for Horizon Europe. We are asking for – at least – 120 billion for research and innovation in the next period. But at the same time we see a tendency among Member Stats to cut budget resources for the same areas.

One of the interesting features of the Horizon 2020-program was that many more applications than what could be accepted were labelled as excellent. I think that is an indication that we need a policy in the Member States of what to do with those very good applications that do not get resources from the EU-budget. To be able to do that, we need better networking between the European universities.

At the same time, we need more efficient policies to take care of the regions lagging behind. This is the trap the United States has run into. If you look at statistics of investments in the US, you will find  that the overwhelmingly biggest part goes to California. A fair share goes to the East coast. But the Midwest – all the states that voted for Donald Trump – were left at the backburner.

So, do we wish to learn something from this or do you think we need more tweeting Donalds out there. To escape that we need to stop thinking in small, regional terms. We need a real European budget. If you go back to that discussion, the guess was that we would – to be efficient – need a budget of 3 – 5 percent of GDP. 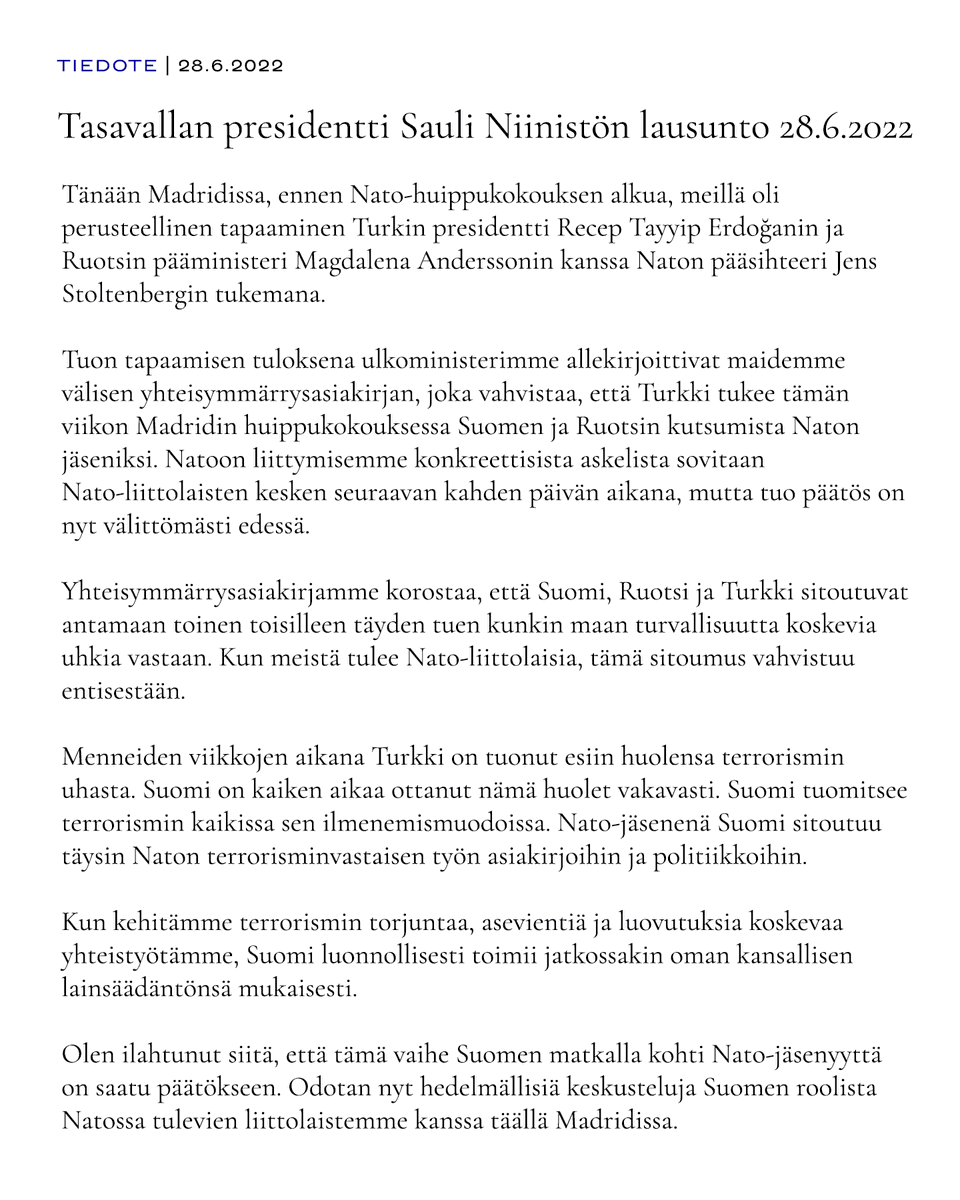 RT @mortenhelveg: We need more and faster #renewables across Europe to achieve our #climate goals and a future without Putin's fossil #ener… 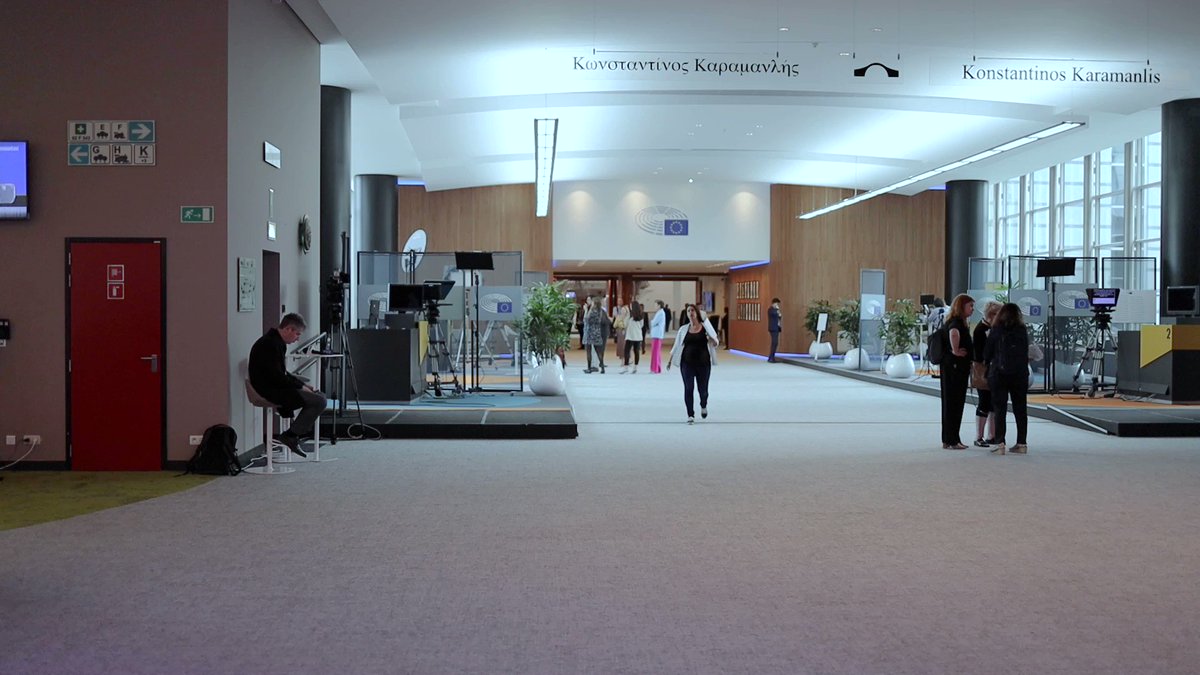